Last days of Tutankhamun in Slovakia

Since mid-August 2014, Bratislava has hosted the world-famous exhibition dedicated to pharaoh Tutankhamun. Thanks to great success, the exhibition was extended twice – the last day of exhibition was re-scheduled to January 17th, 2015.
The exhibition is a story of two men. The first one is Tutankhaten – a young pharaoh who re-established Amun as the only Deity in Egypt during his short reign. As a result of this act, he changed his name to Tutankhamun (the living image of Amun). When he died at the age of 19, he waited in the darkness of his tomb for more than 3300 years. His discoverer was Howard Carter – an English archaeologist and Egyptologist, who uncovered Tutankhamun’s intact tomb in 1922 after 7 years of digging in the Valley of Kings.
I visited this exhibition twice. Here are my 24 photos from this beautiful and enlightening exhibition. They were all made during my second visit. (I also posted these photos with a bit more Slovak narrative on Dennik N)

The treasures of entrance room 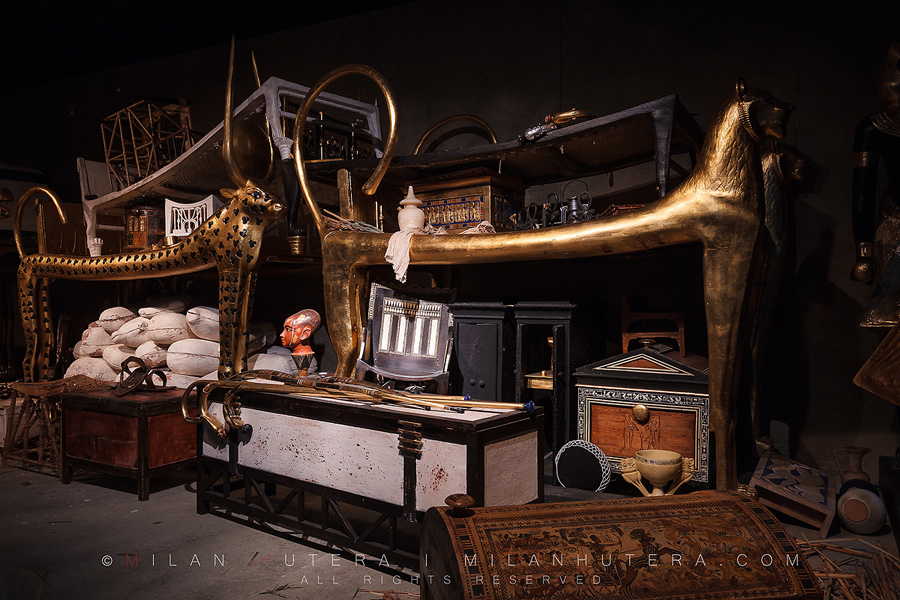 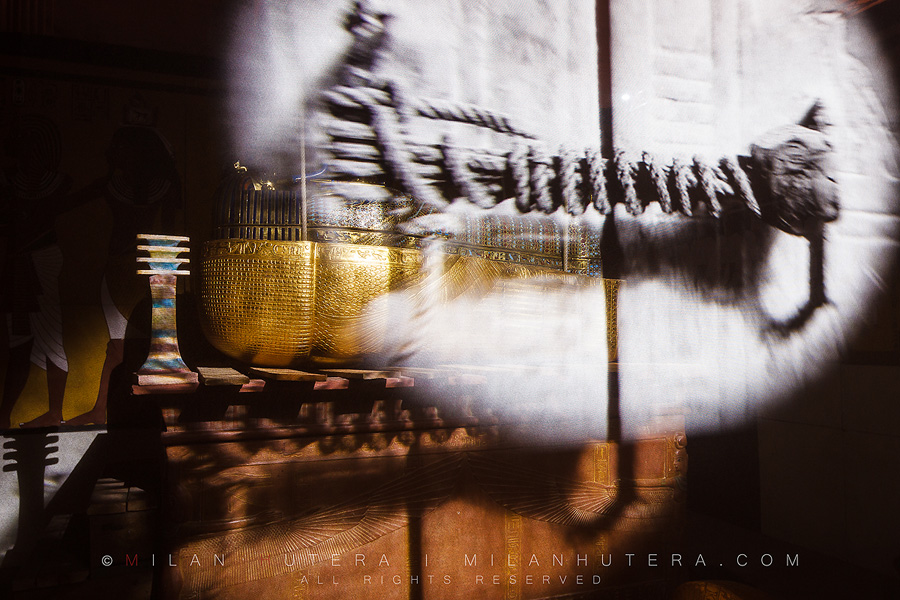 The “mess” of treasure room 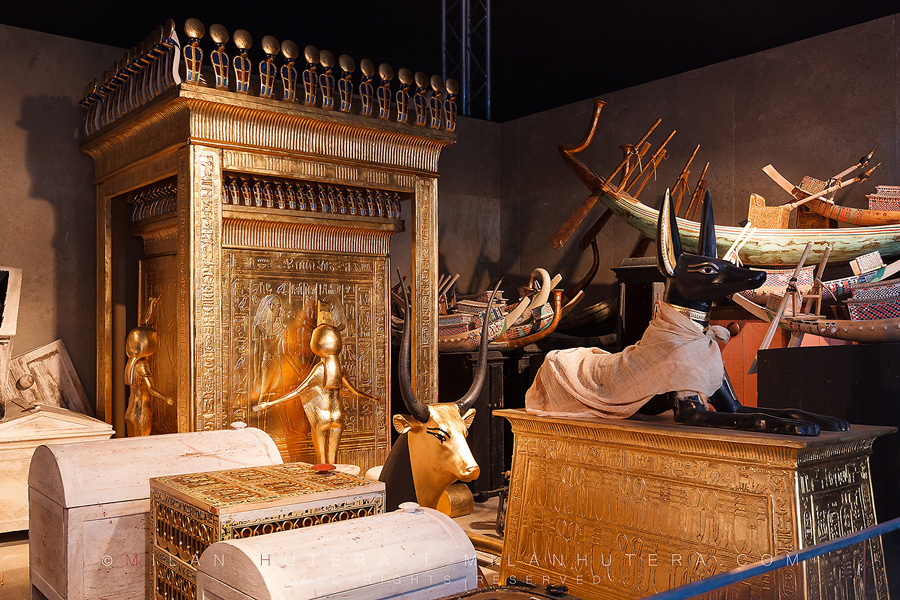 The wall of burial capsule 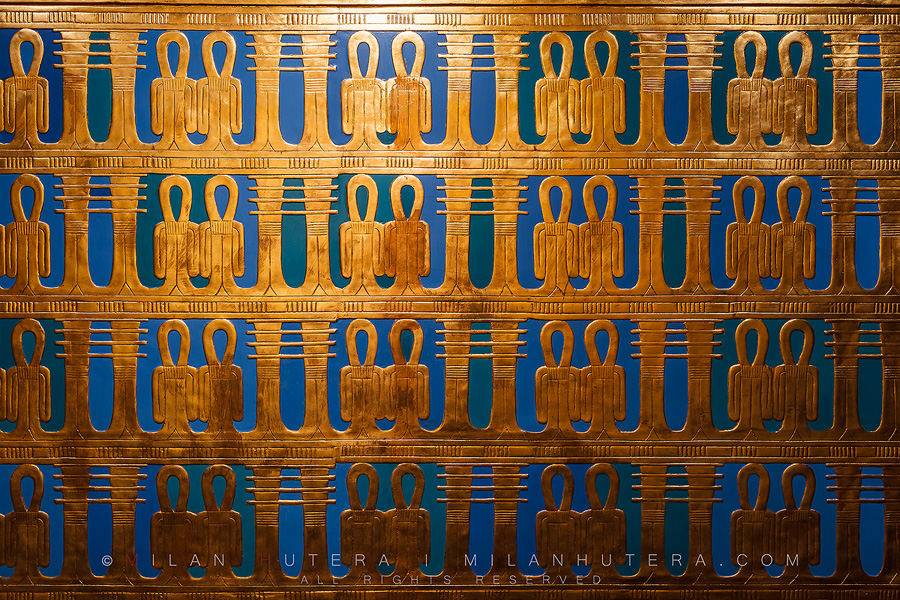 The detail of stone sarcophagus 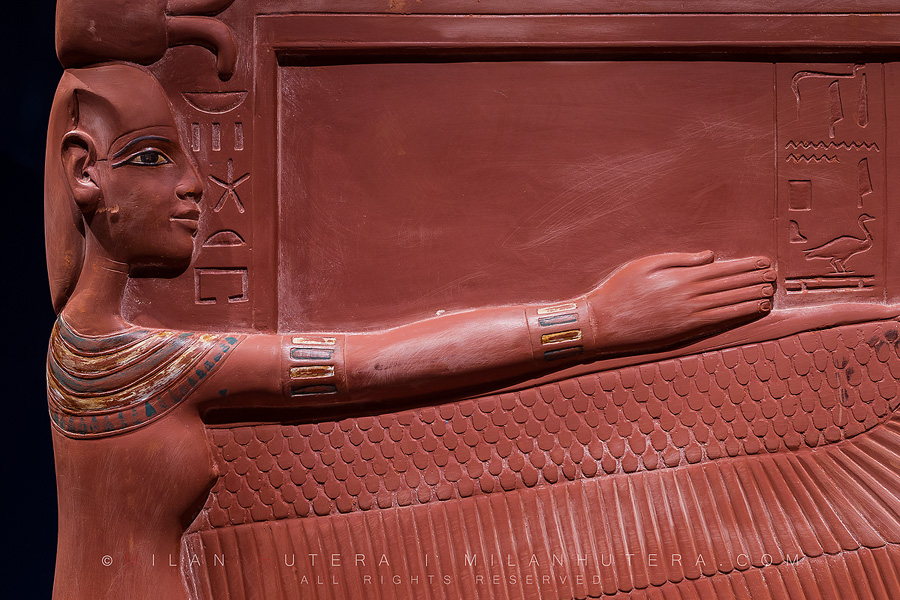 The statuette of a small coffin 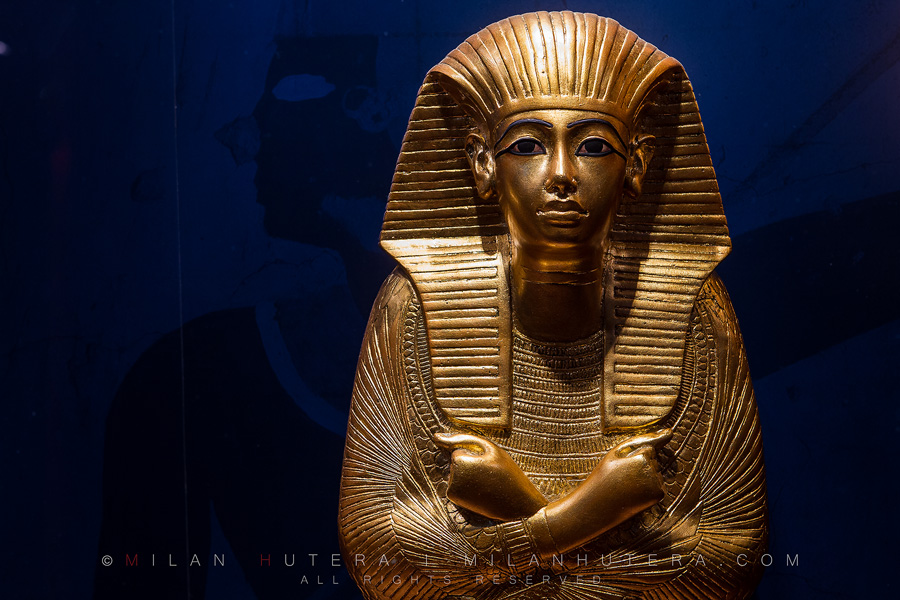 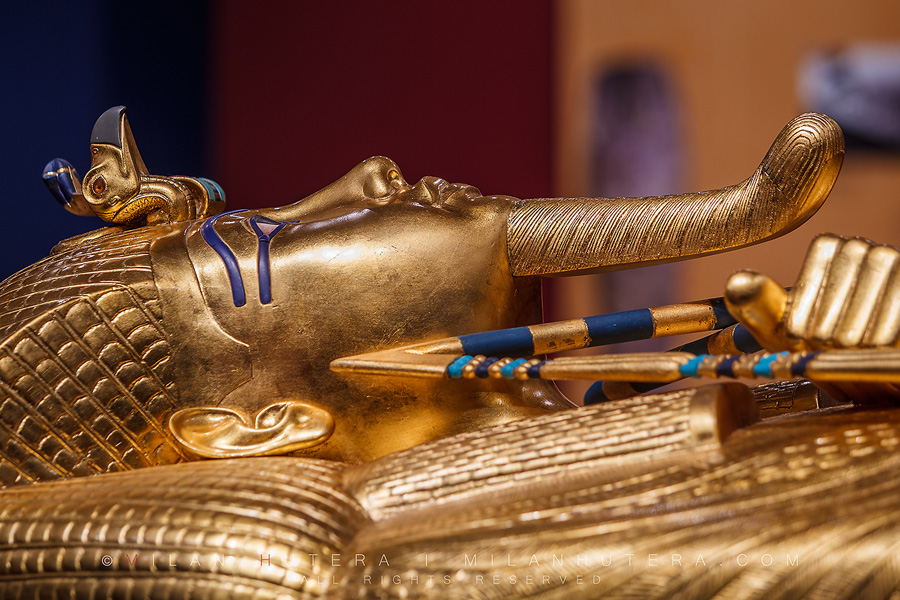 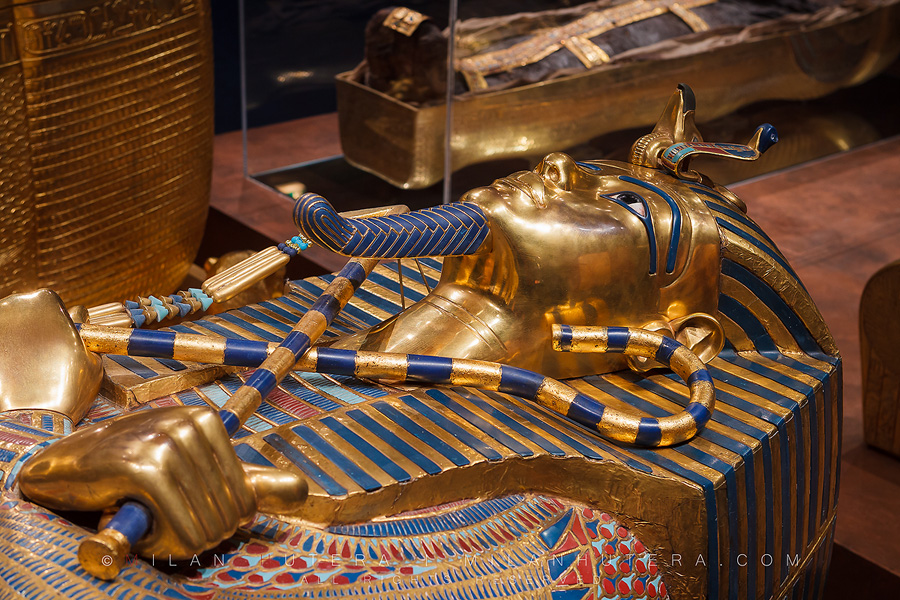 The cover of inner coffin 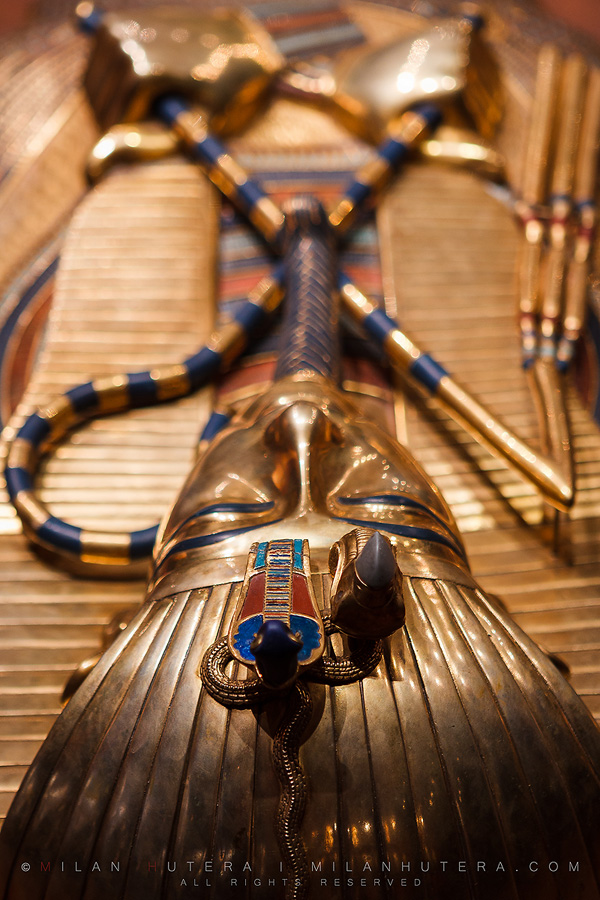 Tutankhamun’s burial mask, as seen at the exhibition 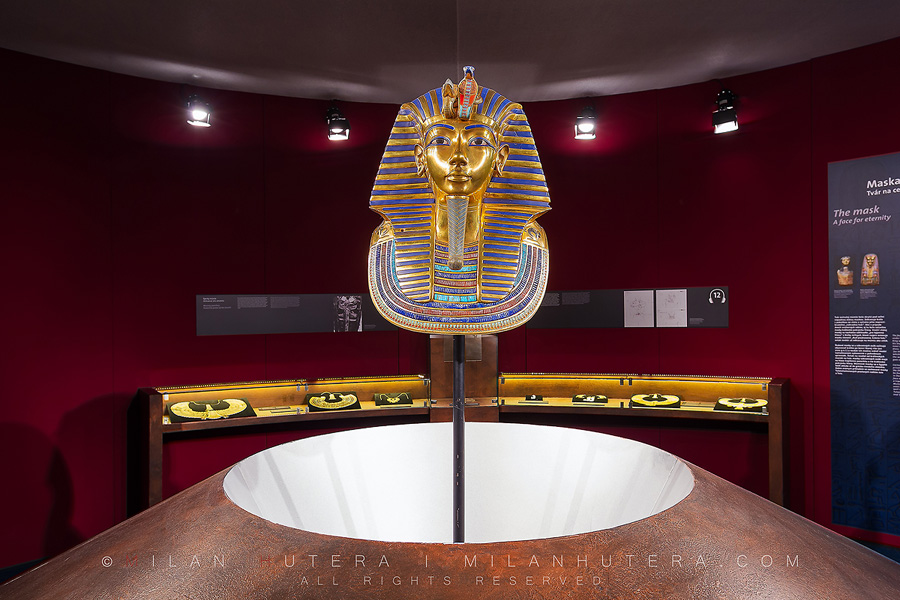 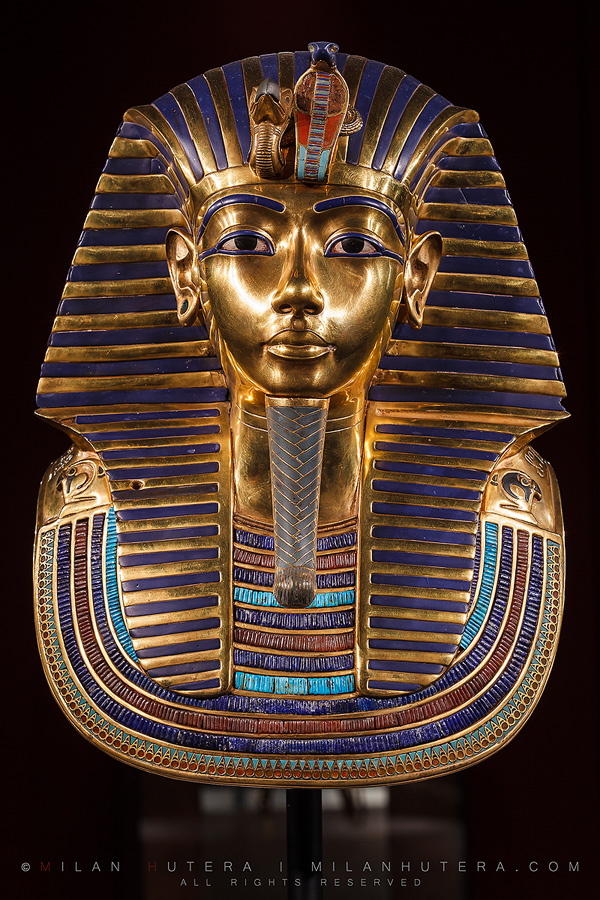 The face of Tutankhamun 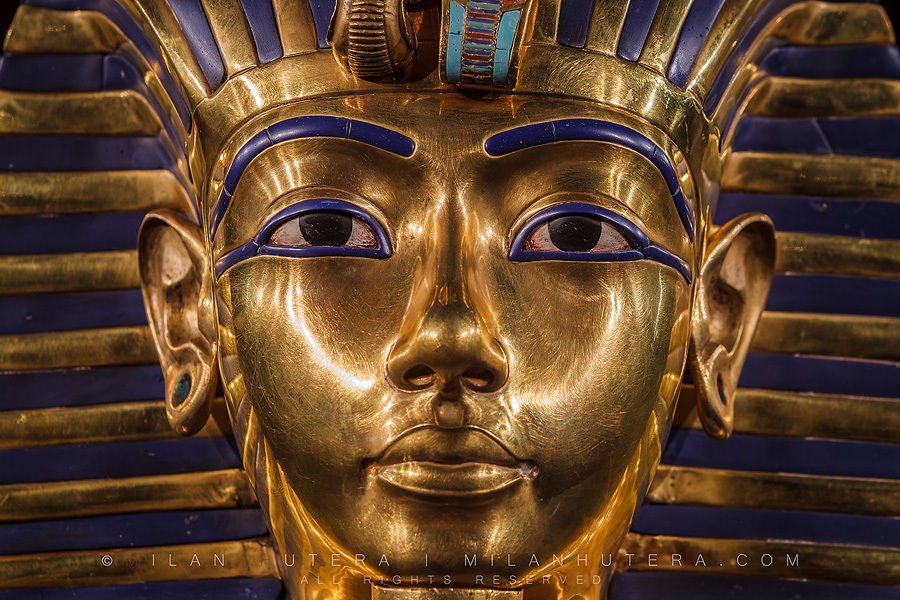 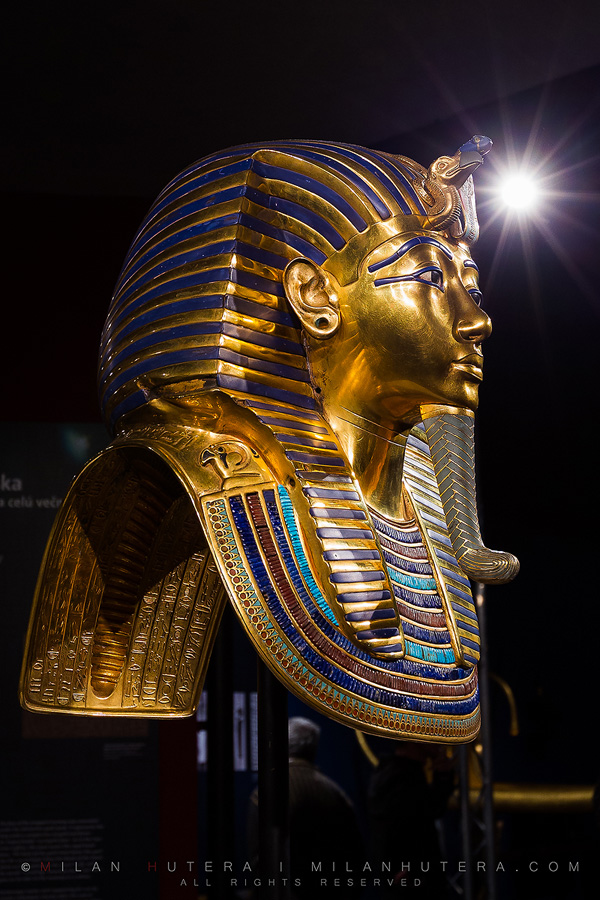 One of Tutankhamun’s boats (a scaled down model) 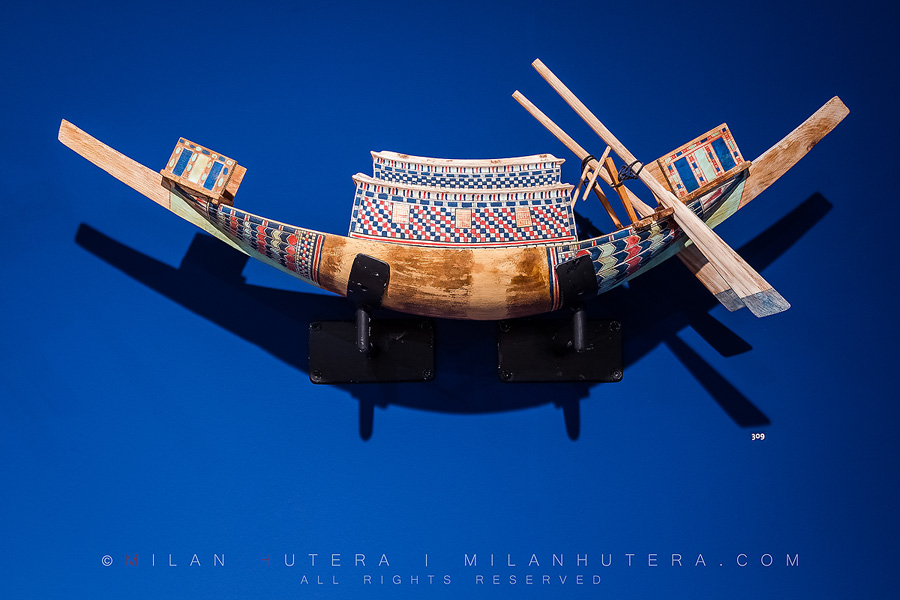 A treasure case with Anubis statuette (the God of Afterlife) 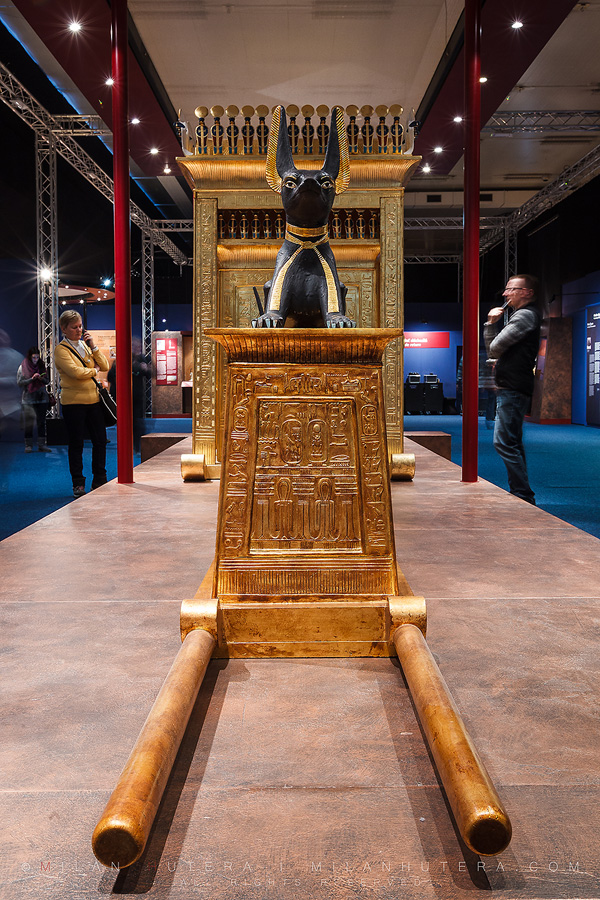 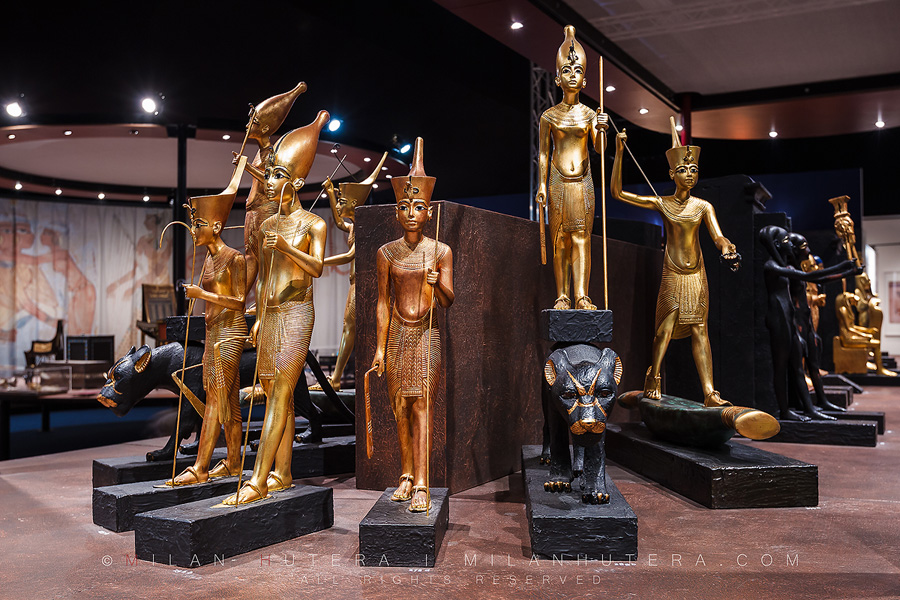 Statuettes of Tutankhamun – a detailed view 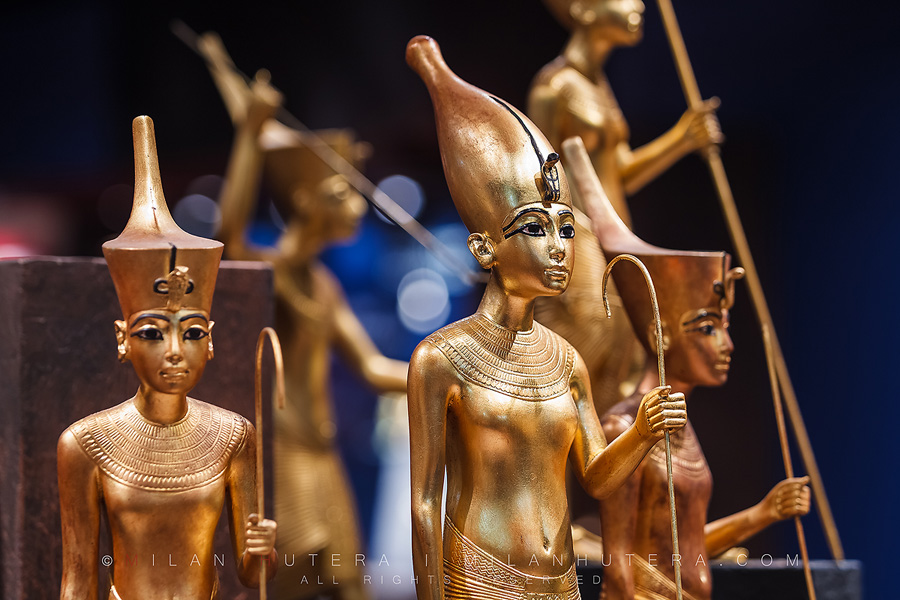 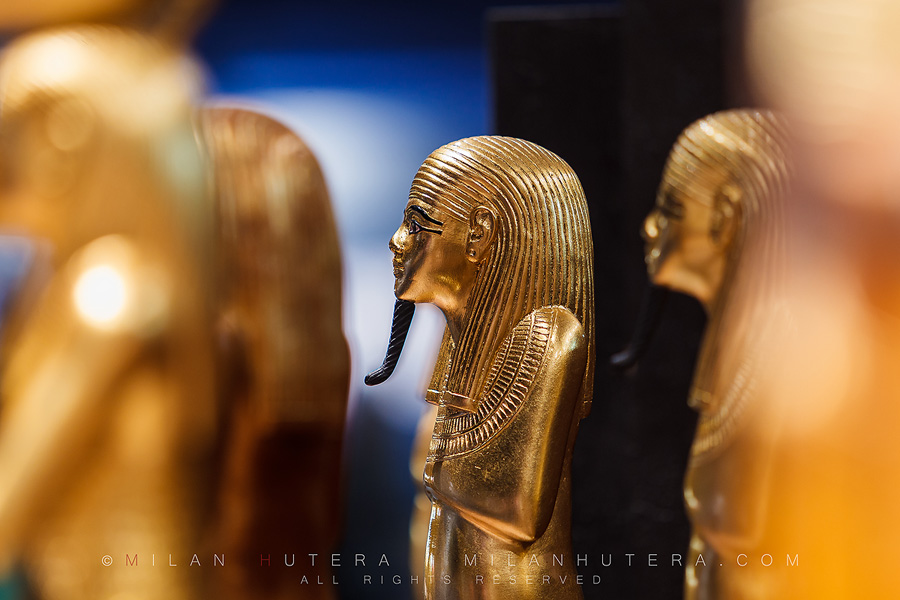 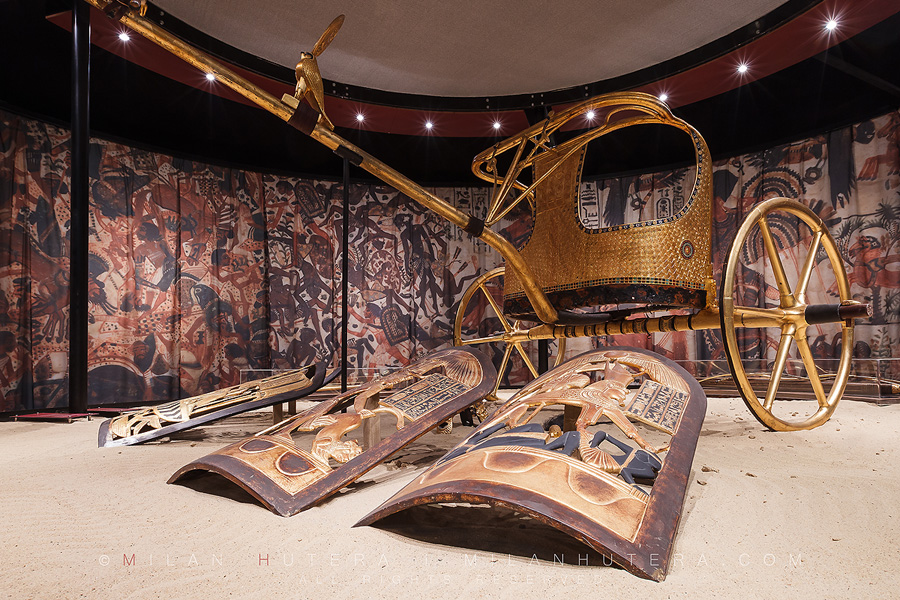 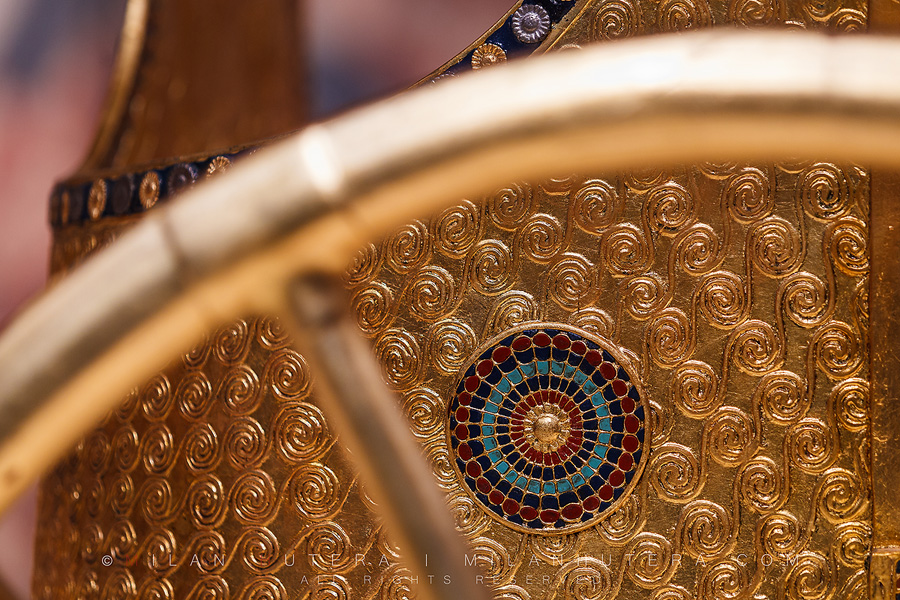 The statuette of Sopdu (God of the Sky) 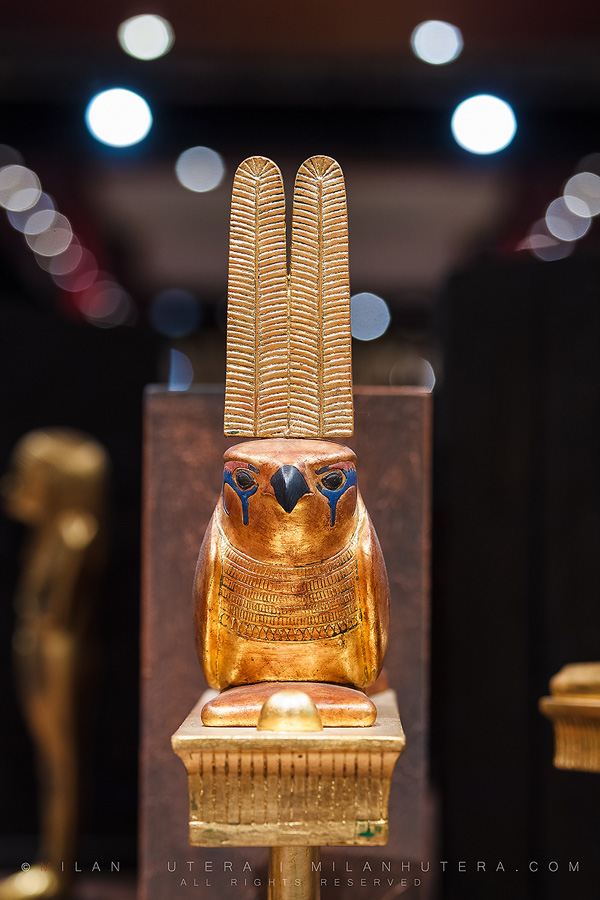 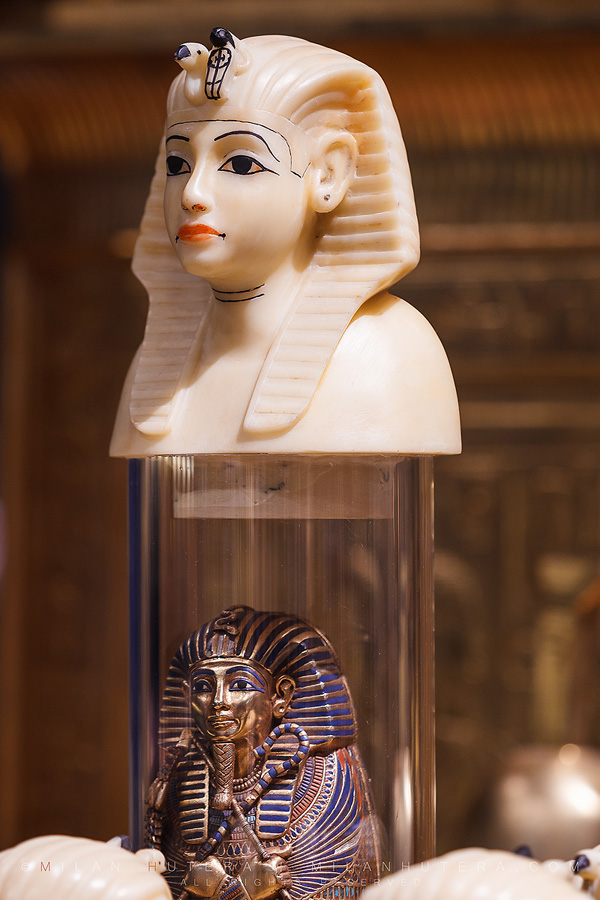 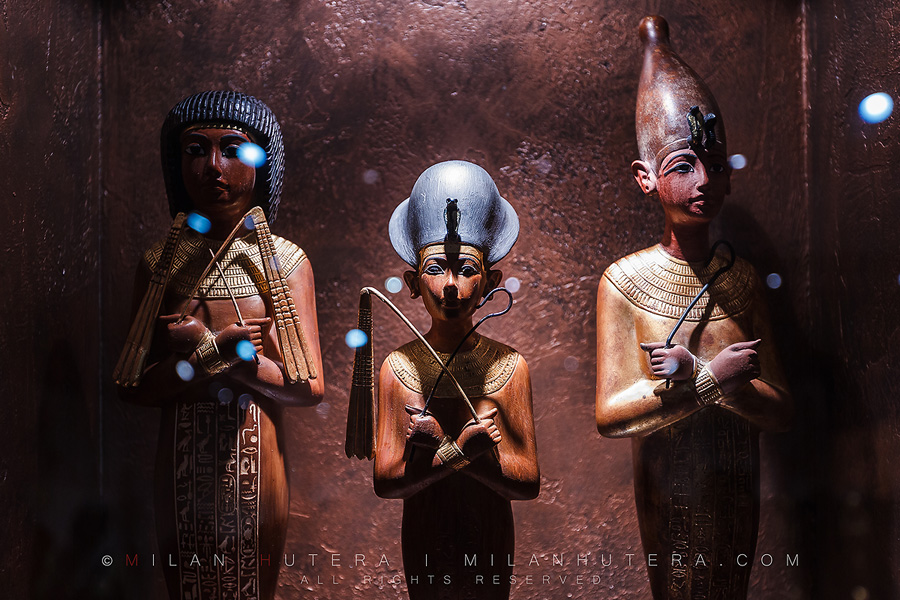 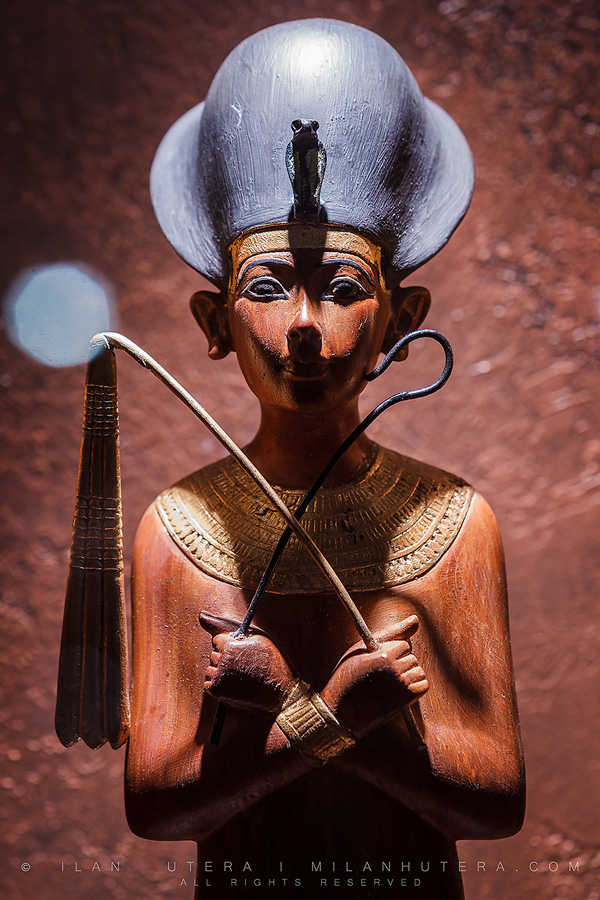