It’s always nice to start the New Year with taking some photos. More so, if it involves creating a photo I had in mind for quite some time. I had a chance to spend a few days with my friends in Osrblie, Slovakia. This village, located in central Slovakia, is known for its beautiful nature and FIS Biathlon events. Over the years, we’ve explored the area around the village and found many interesting locations, that also hold some photographic potential. The long abandoned, iron-melting furnace is certainly one of them.

Over the years I kept going back to it in my mind, but the surroundings don’t provide any “grand” photo opportunities. Many years later, during the screening of The Dark Knight Rises I remembered our first visit to the furnace. I looked up through its opening and took a photo of the afternoon blue sky with my friend’s compact camera. Bruce Wayne’s escape from Bane’s prison brought back those memories. I realised I could do it again, now than I have my own camera (and actually know what all those buttons do) and immediately visualised several photos I could take during our next visit. The top idea was to shoot it at night, so the sky would be filled with stars (or star trails) and the walls would be illuminated with light painting.

The first evening of 2013 provided some nice conditions. The moon wasn’t in the sky yet and the sky was filled by stars. With the help of my friends I believe the first effort was successful. 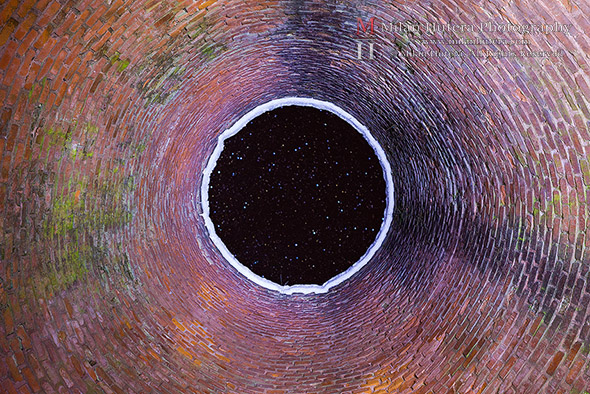 I also took a photo of the entrance. It had to be light-painted as well since it was totally dark. Sadly, the earlier visitors left a considerable amount of tracks in the snow, so the photo isn’t as neat as I hoped for. 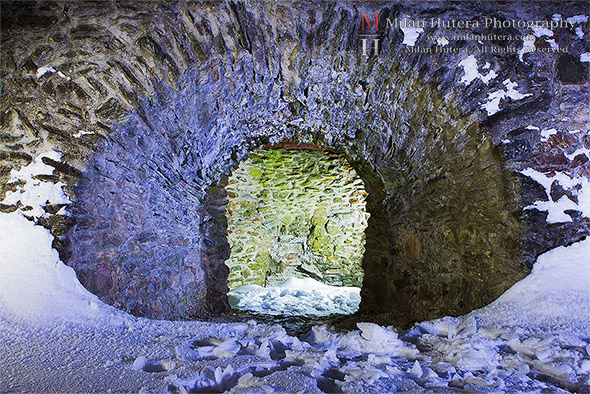 I opted not to do star trails this time. The nort star wasn’t located in the opening of the furnace this time. Hopefully its position will be better in another season and I’ll have the opportunity to create another night-time photo.